This geological exposition is held at Čížek’s Rock, a former quarry, which is located on the outskirts of Kutná Hora. The quarry itself is a geological rarity – with chalk layers resting on the older Kutná Hora Crystalline Complex, comprising of gneiss. The exposition contains 43 sample blocks of rock from the Kolín, Kutná Hora and Czech-Moravian Highlands (Vysočina) regions.

Large stone blocks, which characterise the diversity of the Kutná Hora Crystalline Complex, are located on the terraces of the former quarry. The stones were transported from operating as well as defunct quarries, and other locations. The exhibits were subsequently cleaned and a sample surface was polished on the face of each block to show visitors the beauty of the stone’s inner structure. Individual pieces of rock are labelled with a description and its origin, including a caption in Braille. The structure, quarry as well as the granularity of the stone is in fact very diverse and could also be of interest to the blind. The exposition is set up in such a way as to be accessible for pedestrians as well as for wheelchair users, and mothers with prams.

The exposition also contains a large stand containing detailed information about the individual stones, where they were found, their use, including micro photos. The entire project is under the auspices of the Czech Geological Survey. 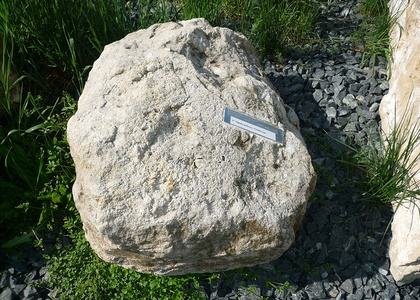 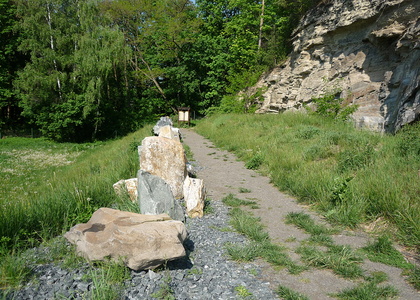 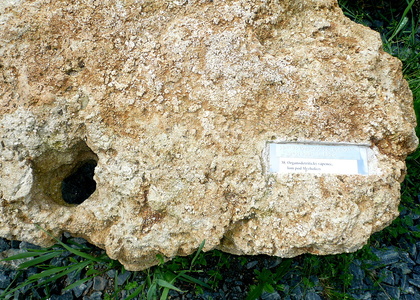 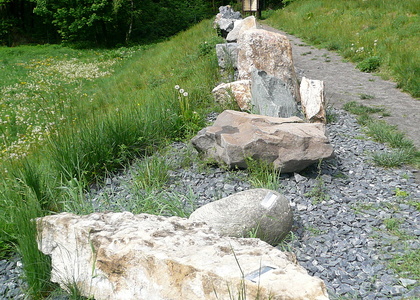 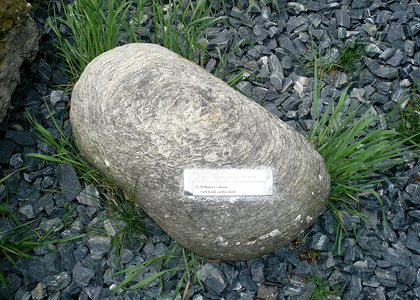 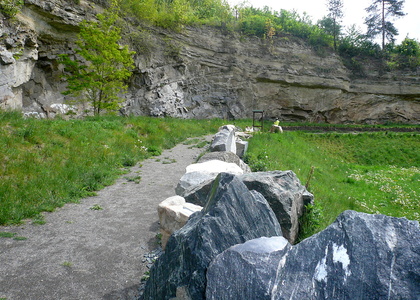 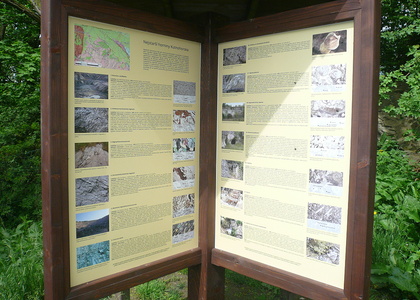 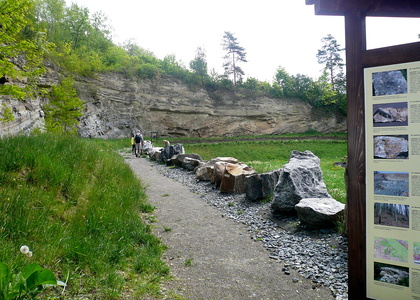