Home » Destinace » Sights » Ursuline Convent and Church of the Most Sacred...

The Ursuline Convent was built on the order of Ursuline nuns, who arrived in Kutná Hora in 1712. They first settled in a house rented from the Cistercian order in Sedlec and immediately began to make plans for the building of a girls’ school and, in particular, to look for a suitable place for a new convent. But negotiations with Kutná Hora’s authorities dragged on and it was a whole twenty years before construction work on the convent could commence according to the plans of Kilian Ignac Dientzenhofer, the most important architect of that time. The convent was planned as a monumental polygon structure with a big central chapel. But the circumstances prevailing at the time did not favour such a grand plan, and thus only three wings were actually completed.

Ohmann-designed Church of the Most Sacred Heart of Our Lord, located on the streetfront side of the complex, was only built at the start of the 20th century.

Nowadays it houses the Church Grammar School, as well as being the base for Vinné sklepy Kutná Hora s.r.o., a family-owned wine making company.

Church of the Most Sacred Heart of Our Lord 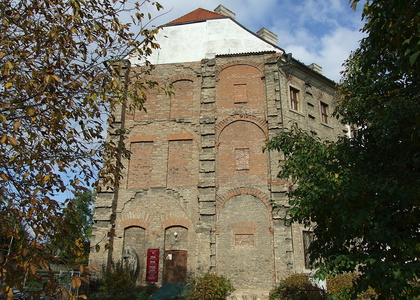 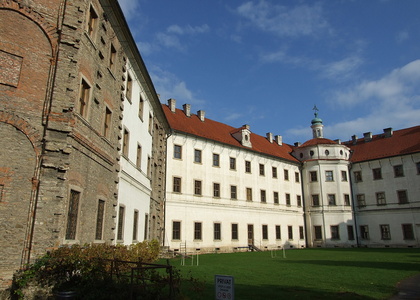 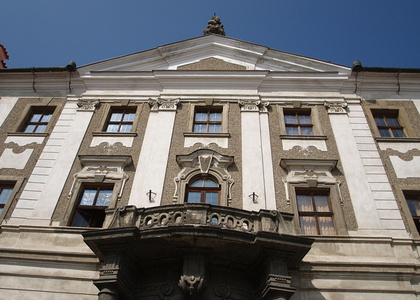 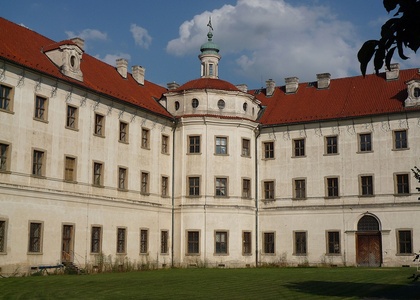