This Early Baroque building was designed by Giovanni Domenico Orsi, an Italian architect born in Vienna, who was an important builder of Jesuit buildings. The experience he gained from building fortresses also manifested themselves in the very thorough construction of the college, including its ingenious ground and sewage water drainage system. Partially preserved plans show that he elected to use an E-shaped floor plan. The current F-shaped floor plan is the result of the fact that the original design was never implemented. Carlo Lurago continued with the building work after Orsi‘s death, with the college being fully completed in 1750. The architecture of the college is relatively austere, in compliance with Jesuit principles, with only the facade reminiscent of Early Baroque Italian palaces. Construction work proceeded slowly, with the Jesuits only moving into the college in 1678, at that time still largerly incomplete. They lived in a makeshift manner for nearly fifty years. An interesting feature is the roofed suspended corridor leading from the college to the Cathedral of St Barbara, built in the 1730s, which was removed, however, at the end of the 19th century.

The location of some functions and rooms can be ascertained from the archives and an analysis of the building. In the central wing, above the cellar, was a kitchen, a refectory and a room for storing cookwear and cutlery, with the ground floor of the north wing housing a pharmacy with a richly decorated vault. The first floor of the college housed a theatre spreading over two floors, the exact location of which is now very difficult to determine. The inner courtyard contained a decorative garden with terraces, an orchard and a service area. In 1703 – 1716, the terrace in front of the Jesuit College was decorated with Baroque statues from the workshop of sculptor František Baugut, a member of the Jesuit order, who is also the author of the Plague Column. The stone statues were his depiction of the twelve Jesuit saints, including St Ignatius of Loyola, St Francis Xavier and the Czech patron St Wenceslas. This implemented the plan of the Jesuit builders to mark out a “royal road“ in Kutná Hora from the Cathedral of St Barbara to the Italian Court similar to the one in Prague connecting the Clementinum with the Prague Castle.

The Jesuit order was abolished in 1773 (at a time that the building had yet to reach its definite appearance and scope) and military barracks were set up throughout the college, with a hospital set up in the north wing in 1778. It was not until 1843 to 1844 that the construction work was continued by soldiers. The building was thus adapted to the needs of the military training institute. The change in the building’s use entailed extensive interior building modification. The most significant change was the demolishion in 1842 of the poorly maintained central tower due to structural reasons, and the building of three toilet towers at the front of the courtyard facade. The college served the soldiers‘ needs until 1998, when it was handed over to the gallery and a plan was made ready for the reconstruction and transformation of the college into a modern institution for the display of visual arts.

The gallery is housed in the unique premises of the former Jesuit College in Kutná Hora. The Jesuit College represents an important example of Early Baroque architecture influenced by Italian construction. It was declared a national cultural monument and inscribed on the UNESCO World Heritage List.

The Czech state, and subsequently the Central Bohemian Region, decided to reconstruct this unique historical gem in order to promote culture and tourism in the region. The reconstruction proceeded in two phases. The objective was to establish an art institution where people could meet. The total cost was funded by the European Union (Regional Operational Programmes) and the Central Bohemian Region.

GASK is an institution whose collection and exhibitions are focused on the art of the 20th and 21th centuries. Temporary exhibitions are staged on two floors of three wings of the Jesuit College, and these premises also house a new permanent exhibition from the GASK collections titled “State of Mind / Beyond the Image“. GASK presents modern and contemporary art by way of exhibitions that are conceived sensitively and inspirationally. It continues on from the historical mission of the Jesuit College as a house of education by compiling its collection and exhibition programme on the basis of authentic testimonies and mediating their message in the form best understood be contemporary visitors.

But GASK is far more than just exhibitions. Visitors will be amazed by the Jesuit College‘s reconstructed premises and the beauty of its surrounding gardens. The newly furnished north wing has a loft conference hall, which is equipped with state-of-the-art audiovisual equipment. The modern fittings are a pleasant contrast to the sensitively preserved attic space. And because GASK also caters to its youngest visitors, an entire floor of the north wing is devoted to children. You can visit the brand new visual playrooms. The plethora of colors and shapes is sure to thrill children as well as their parents. Children can set their imaginations free and create their own works of art. The walls are covered with wallpaper bearing the motifs of famous paintings, which children can colour in and complete. On the floors are building blocks from which children can build their own designs or buildings. The climbing wall with the motif of a famous painting by Piet Mondrian is the proverbial icing on the cake.

And if your visit of the exhibitions or the visual playrooms tires you out, you can get some rest in the gardens of the Jesuit College. This is a zone of peace and relaxation, complete with soothing water features. The gardens are on the visitors‘ tour routes around Kutná Hora, leading them to the gallery and the neighbouring Cathedral of St Barbara. The oldest structure in the entire GASK complex is in fact located in the gardens. It is called the staff house, which has also undergone a complete reconstruction. It contains a preserved Baroque three-flight staircase and unique Renaissance rib vaults on the ground floor. Its Gothic cellars and Baroque roof trusses on the first floor have also been preserved.

If you come to Kutná Hora, make sure to visit GASK, a place of discovery, fun and relaxation. 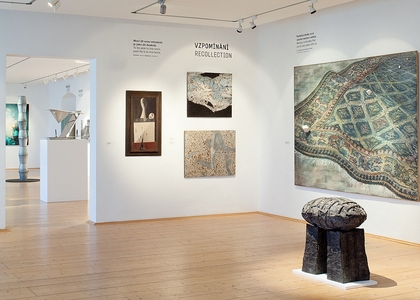 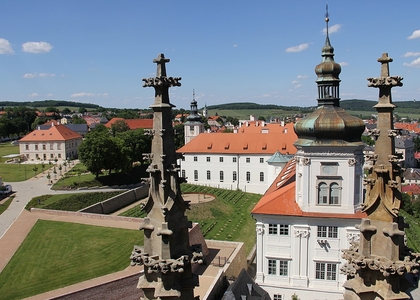 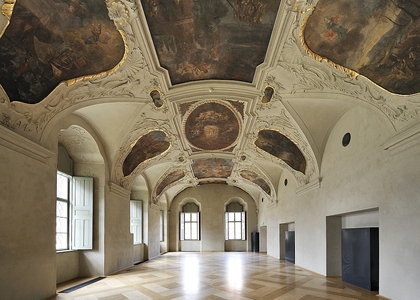 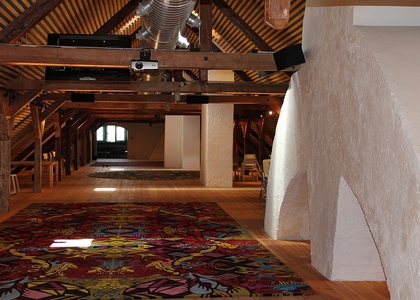 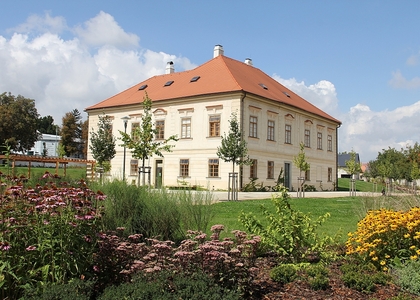 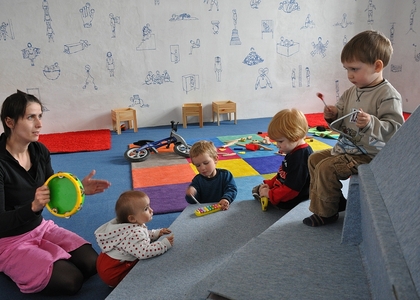 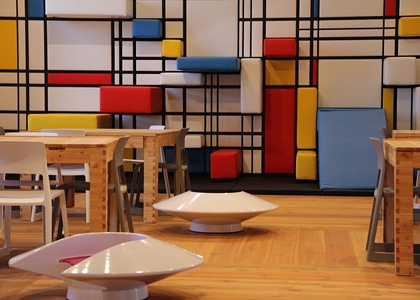 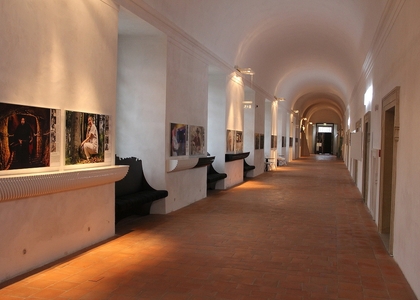 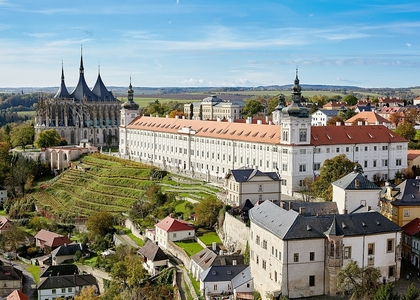 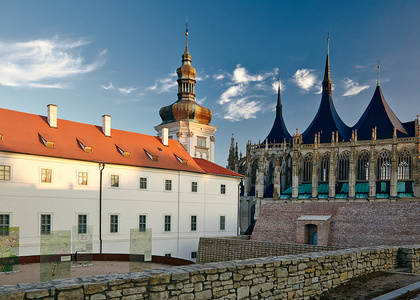