The first records of Hrádek (little castle), back then still a fortified wooden fortress, date back to 1312. This fortress was rebuilt into a small castle – a High Gothic residence, by the Kutná Hora royal magistrate Václav of Donín in 1400 – 1420. The residence often changed owners, and Hrádek was damaged during the Hussite Wars. In the late 15th century, Jan Smíšek of Vrchoviště, an owner of mines and an ore trader, rebuilt Hrádek into a patrician palace in the Jagiellonian Gothic style, with large halls, bay windows and a chapel. Another floor was added to the south wing at the beginning of the 17th century, and a Jesuit seminary was established there in 1686, followed by a school, which operated at Hrádek until the order‘s abolishment in 1773. Then this was the seat of other schools, including a teaching institute, at which Adolf Lindner, the renowned educator, was employed. Hrádek was acquired by the city in 1910 for the purpose of its reconstruction and the establishment of a museum, but this plan was disrupted by two world wars. The Mining Museum was opened here after its reconstruction in the 1950s, and operated until the 1970s, with Hrádek being listed as a cultural monument of the then Czechoslovakia in 1958. There was a plan in place for another reconstruction, but this did not occur until the 1990s. The museum, complete with new exhibits, was inaugurated at a gala event in 1996.

The Czech Museum of Silver is the successor of the Vocel Archaeological Society, founded in 1877. Today, the museum is one of the oldest and, with a collection of approximately 185,000 items, also among the richest museums in the Czech Republic. It has a great archaeological and numismatic funds, with its art and geology funds also worth mentioning. The exhibits from the special funds of mining technology are among the oldest in Europe.

Two guided tour circuits are available to visitors from the start of April to the end of November:

Circuit I. –Silver City
(geology, archeology, development of Kutná Hora, the history of Hrádek, the life of the “silver nobility“, numismatics)

This circuit traces the development of Kutná Hora from its beginnings to its blossoming into the second most important city in the kingdom. From the geological and archaeological part, which includes an exhibit, for example, of the local mineral called kutnohorite or a model of a silver mine, the tour continues to exhibits that familiarise visitors with Kutná Hora as a royal mining town. Visitors can see, for example, the water pipe used to bring water from the Stone Fountain to Hrádek, forged locks, richly decorated bells, a model of the Cathedral of St Barbara and the original finial and lily from the cathedral, as well as objects used in magistrate justice, including an executioner's sword from the 15th century. Forged chests full of coins from 1300 to 1621, including the Prague groschen minted at the nearby Italian Court, are on display in the hall known as the Treasury. An interesting part of the tour is also the hall and chapel of Jan Smíšek with period furnishings and other exhibits such as mugs and tiles from the 15th century, the Banquet Hall and the chapel of Jan Smíšek, period glass or ceremonial mining kirtle. The tour lasts approximately one hour.

This circuit familiarises the visitor with the “journey” that silver ore had to undergo from its mining through to the minting of coins. At the beginning of the tour, visitors will be acquainted with the methods employed in medieval times to mine and process raw silver, as well as about the technology of coin minting. Visitors will then be guided into the space of a large original horse-powered mining machine (a so-called horse gin), where they will be provided with a lamp, a helmet and a mining tunic with a hood (a so-called mining kirtle). Once properly equipped, visitors will enter St. George’s mining gallery, where they will walk along a 250-metre section of the original medieval mine, which lies at a depth of roughly 40 metres. Afterwards, in the Hrádek garden, they will have the opportunity to inspect a so-called miners' settlement, comprising of half-timbered and log structures, mining shelters and, above all, a replica of a hearth furnace with bellows – a period smelter complete with its devices and tools, as well as historically accurate figurines of mining workers. The tour lasts 1.5 hours.

On account of its great popularity, we highly recommend that you book a tour of this circuit in advance.

Temporary exhibitions currently on at Hrádek 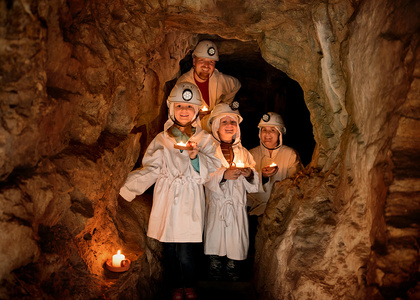 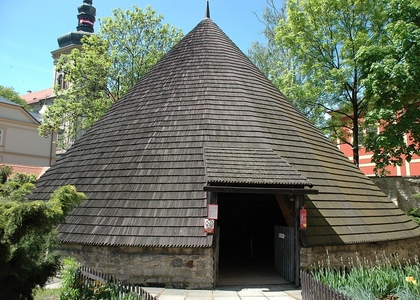 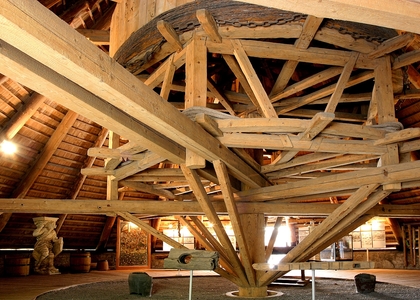 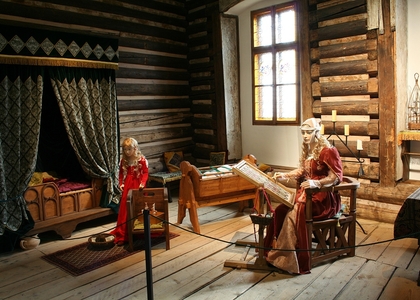 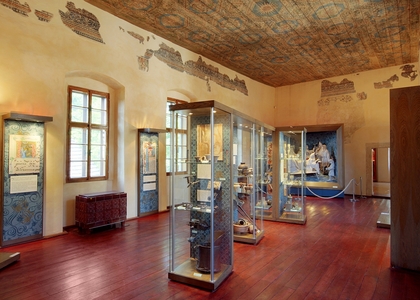 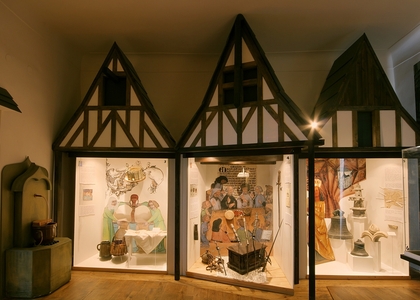 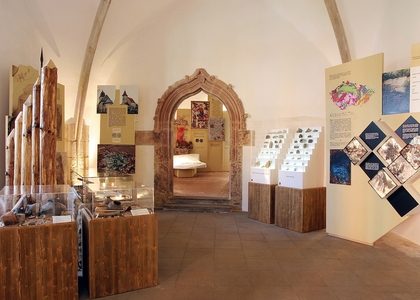 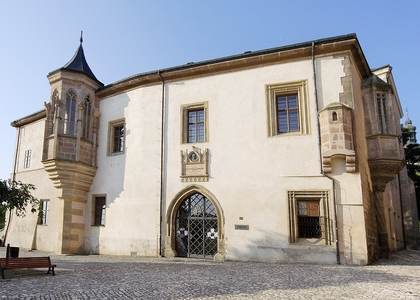