The Corpus Christi Chapel stands in close proximity to the Cathedral of St Barbara and has been closely linked to the cathedral since the start of its history. It was established as a so-called charnel, a two-floor cemetery chapel with an ossuary, probably even prior to the start of the neighbouring cathedral‘s construction. The bottom floor was used for the reverent storage of bones, with the upper floor to have been used as a chapel for holding church services for the deceased. However, it is uncertain whether the construction of this building‘s upper floor was ever completed, and it most probably lost its meaning as the completion of the Cathedral of St. Barbara came closer. A cemetery, which was evidently situated on the site of today‘s Jesuit College, was founded along with the chapel.

The chapel served them as an oratory at the time that the Jesuits were active in Kutná Hora. Following the order‘s abolition in 1773, the chapel began to go from one private owner to another, which also resulted in changes in the way it was used. For example, it served as a storehouse for Josef Snížek, a local flour dealer, or later as organ workshop. Naturally, the chapel suffered as a result of these various uses, and was not used at all from the mid-20th century and gradually fell into disrepair. This state of disrepair was so great that it was included on the list of one hundred of the most endangered monuments in the world in the 1990s. A demanding reconstruction to save the chapel took place in 1997 – 2000 thanks to the combined efforts of the city and the Ministry of Culture. As a result, a building modest from the outside, which houses one of the few completely preserved High Gothic interiors in our country, still stands in the immediate vicinity of the magnificent Cathedral of St Barbara.

Opening hours and entrance fee for the Corpus Christi Chapel 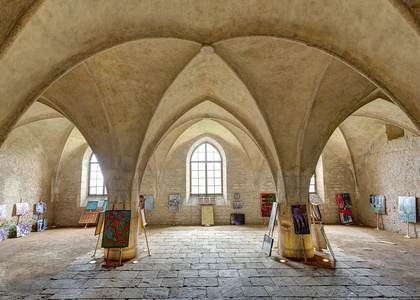 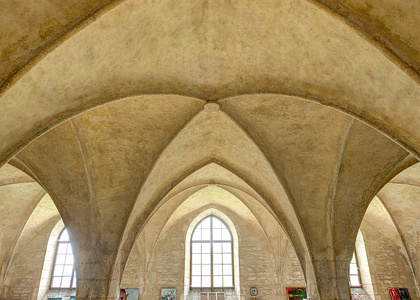